On Thursday, March 11th, I attended Professor Lorenzo Rubini's 2-hour lecture. This was based on the relationship between musical instruments and physics.

At first, it would seem that the two have no elements in common but after the conference, I realized that there are a lot of correlations between them.

Firstly, he explained to us what physics is, that is, the study of reality and nature and that it has always accompanied man. We can find similarities with music, particularly in the fact that even the voice, sound par excellence, has accompanied men for a very long time. The act of singing produced through voice is the first form of music. Indeed, a sound represents a vibration of air, and requires a mechanical means to develop and propagate, such as air itself but also water or metal. Then, Prof. Rubini pointed out that if by chance we are watching a film and notice that explosions are heard coming from space, you have to be careful, because that film or program is not likely to be real, since sound does not propagate in space.

When we talk about musical instruments, we have been told that they can be divided into three large groups: stringed ones, such as harp, guitar or piano; arched instruments such as violin, cello or double bass and finally air column instruments, such as flute and clarinet.

To help us understand, Professor Rubini showed us a video that explained in a simple and effective way the vibration of a rope. This experiment consisted in taking a rope and fixing it at the ends, then connecting the string to a stereo with amplifier function and finally connect it to a phone to generate a frequency and to measure it.

Finally, we moved on to a more practical field with some examples of piano compositions played directly by our Professor and some taken from the repertoire of Bach, a rather bizarre composer, because he had a tendency to put some musical discordant notes within the composition that were catchier.

The conference was very interesting and excited me because I got to know aspects of physics and music that I still didn't know. 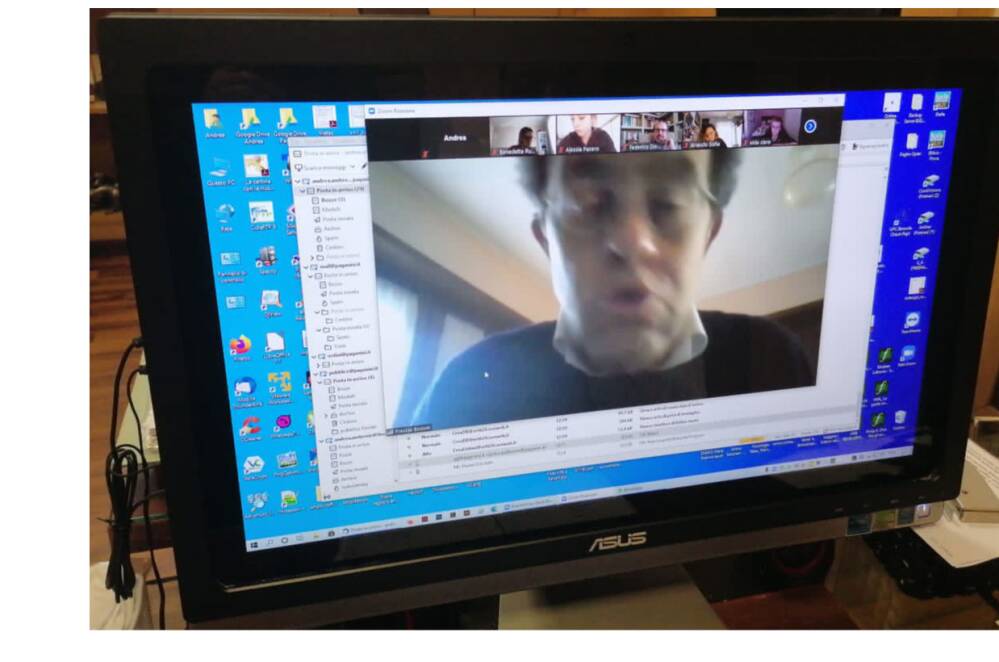